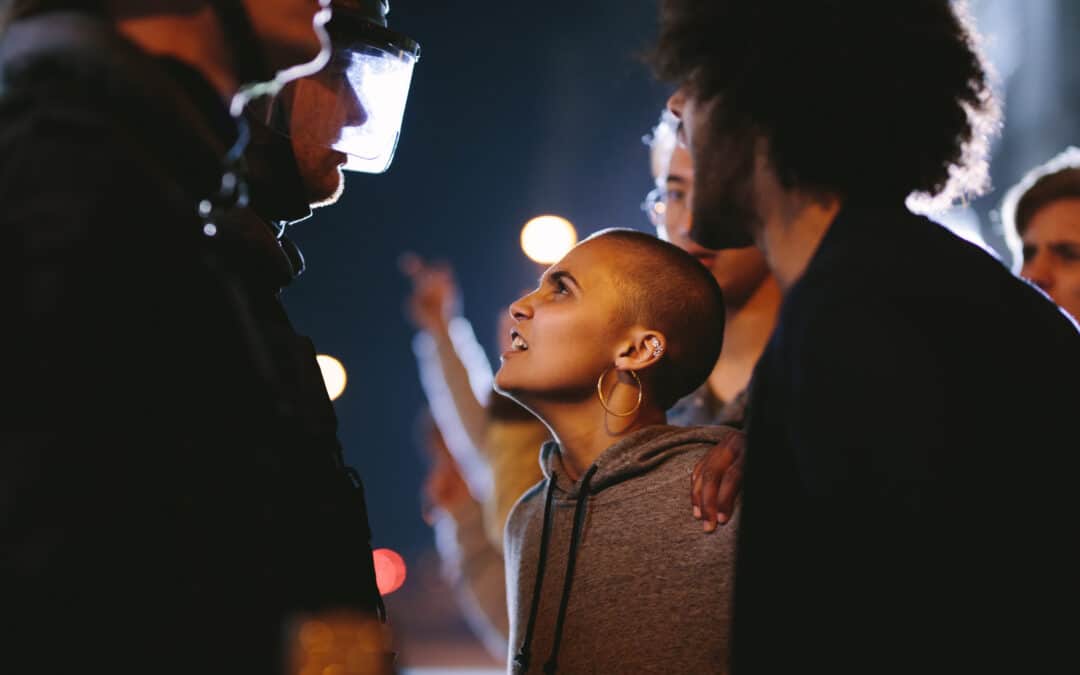 The Texas criminal charge of Riot is generally a class b misdemeanor.  However, the class of the charge can be increased to any charge that is of a higher class when it was done by any party involved in the riot.  This happens when it was the purpose of the assembly or it could have been anticipated as a result of the assembly.

You can be charged with riot if you have assembled in a group of seven or more people and you knowingly:

It is a defense to prosecution under the Texas criminal charge of riot when the assembly was at first lawful and you left when one of those assembled manifested an intent to engage in the illegal conduct.

It is not a defense to prosecution of the Texas criminal charge of riot when another who was a party to the riot has been acquitted, has not been arrested, prosecuted, or convicted, has been convicted of a different offense or of a different type or class of offense, or is immune from prosecution.

The act of protest is protected under our First Amendment rights.  However, you need to understand that the police or our justice system may not look upon you in the same fashion.  Additionally, there are people out there who are intent upon causing damage to property or even worse injuries or death to another person.

If you have been charged with the Texas criminal charge of riot, do not hesitate.  Contact an attorney right away.  This could affect you for the rest of your life.