I was born in Burbank California.  My fondest memories of California were of hiking, visiting the beaches, and spending time with my relatives.  I lived there until my family moved to Cache Valley, Utah.

In Utah, I learned the value of manual labor while working on a dairy farm.  I would get up at 3:30 in the morning to milk about two hundred cows, and then do it all over again in the afternoon.  When I wasn’t milking, my time was spent hauling hay and doing general farm chores.  After my time with the dairy, I worked construction, factory, and restaurant jobs.

In 1988, I served a religious mission for my church in Salta, Argentina.  I lived in Argentina for almost two years.  During those years, Argentina was going through hyper-inflation, so I spent a lot of time providing social assistance to families and groups that were in need.  This work largely influenced how I deal with my clients as Daniel Morris, Attorney. I moved around the four north-western states of Argentina during that time.

In 1991, I had the opportunity to study in Mexico City.  My courses included business translation, history, and culture.  Additionally, I taught English as a second language.

I attended Utah State University.  In 1993, I received Bachelor Degrees in Business and Spanish.  I was in a hurry for some reason and completed my undergraduate degrees in just three years.

Following graduation from Utah State, I attended the University of Houston Law Center where I received my Juris Doctorate in December of 1995.  Still in a hurry, I completed law school in 2 ½ years.  My law school paper analyzed Brown Shoe v. United States, which dealt with setting up off shore tax shelters. Even today, as Daniel Morris, Attorney, I deal with setting up businesses and contemplating tax issues.

In 1994, I served an internship with Judge William Greendyke, a Houston Bankruptcy judge.  I provided briefing for the hearings of the court and case research.

Shortly thereafter, I began working for Webber and Associates where they represented debtors in bankruptcy proceedings.

After graduating from law school and passing the Texas Bar Exam, I began working for the Law Officer of Bernardo Eureste.  My practice was dedicated to the litigation of workers’ compensation claims.

In March of 1998, I opened my own practice, The Morris Firm.  As Daniel Morris, Attorney at Law, I dedicated my practice to the representation of workers injured on the job.  The business slowly expanded to include many aspects of litigation; including personal injury, criminal defense, immigration, and family law.  I’ve tried cases in all the above areas;  Including misdemeanors and felony trials.

As of 2018, I own and manage MLF Legal, PLLC. This firm carries on the tradition of great legal work that I established as Daniel Morris, Attorney.

In 2016, I was nominated to serve as the secretary for the Texas Workers’ Advocates (TWA).  I served in this position until August of 2019.

In 2014, I became licensed to practice law in New Mexico.  I currently hold licenses in Texas and New Mexico.

In 2018, I was nominated to the National Workers’ Compensation College.  This is a lifetime membership awarded to the top attorneys in the workers’ compensation field.

I married my wife in 1994.  We have seven children, and currently seven grandchildren.  We are active in our church.  Together, we enjoy traveling and ballroom dancing.

I have served in the Boy Scouts for most of my life.  In 2019, the Boy Scouts honored me with the Silver Beaver Award for my dedication to the scouting program. 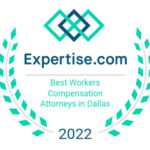 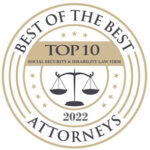