Is It A Crime To Burn A Flag In Texas? 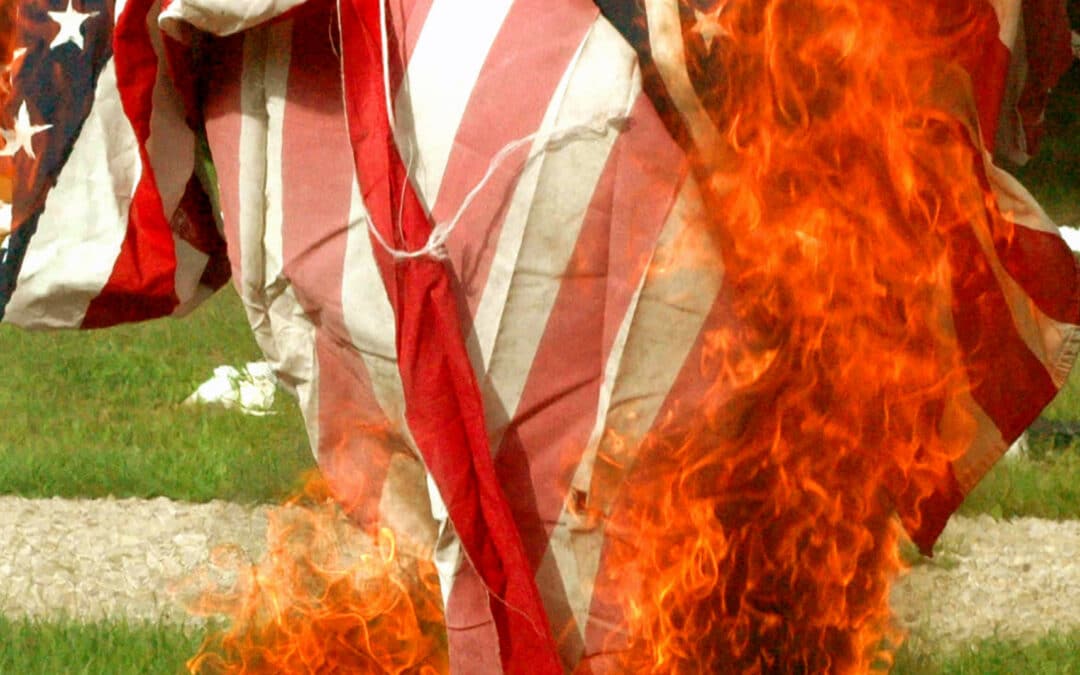 It may be a crime to burn a flag in Texas.  If you are upset and protesting in Texas, you need to be careful and understand the law before you perform certain activities.  It is a crime if you burn a United States flag or the flag of Texas.

Under Texas Penal Code Section 42.11, you commit an offense if you intentionally or knowingly damage, deface, mutilate, or burn a flag of the United States or the State of Texas.

The crime of damaging or defacing a flag is a class A misdemeanor.  That makes it a greater crime than a standard first conviction for driving while intoxicated.

What Is Considered A Flag

Flag refers to an emblem, banner, or other standard, or a copy of an emblem, standard, or banner that is an official or commonly recognized depiction of the flag of the United States or of the state of Texas. It must be capable of being flown from a staff of any character or size.

It does not include a representation of a flag on a written or printed document, a periodical, stationery, a painting or photograph, or an article of clothing or jewelry.

It is not a crime to properly dispose of a flag of the United States or the State of Texas.  Organizations such as the Boy Scouts of America and other patriot organizations provide instructions as to the proper disposal of a flag.

We are living in crazy times.  There is not much trust between protesters and our police.  The protesters are trying to make enough of a disturbance so that they can make the news and be listened to.  However, if you perform an act such as destroying a flag, you may be arrested and charged with a crime that will likely affect you for the rest of your life.

If you have been charged with destruction of a flag, contact an attorney right away.